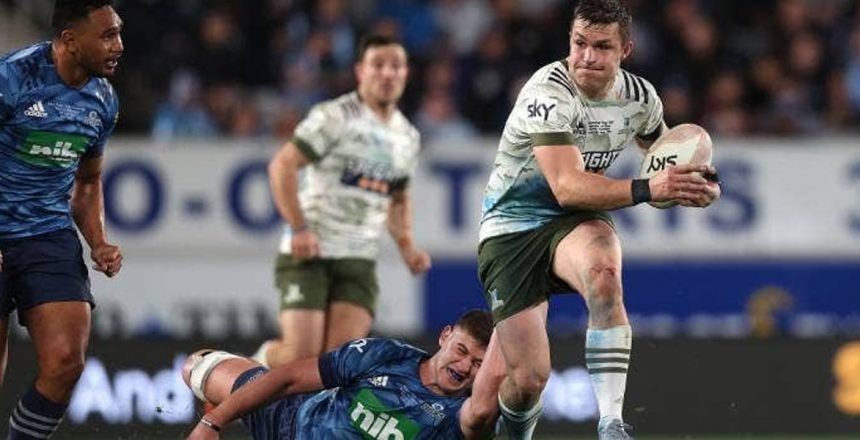 This blog has been written to summarise the paper by

In Super Rugby, there is one team that consistently receives the short end of the stick when it comes to travel – The Western Force. This Super Rugby franchise is based in Perth, Western Australia, the second-most isolated major city in the world (behind only Honolulu). The nearest Super Rugby team is over 3,000km and two time-zones away. While competition schedules are meticulously arranged to avoid excessive travel for all teams, extreme bouts are unavoidable in a competition like Super Rugby. For example, in the 2017 Super Rugby season, the Western Force travelled via air over ~68,000km. More than half of this travel (~37,000km & across 24 time zones!) took place in 16 days. Further, this was within 29 days where the team had to play five rugby matches.

When talking about professional sport and travel, one major area of concern often discussed is sleep, and for a good reason. It is well established that long-distance air travel can impact an individual’s sleep quality and quantity. Firstly, this can be through the uncomfortable airplane environment, and mild hypoxia one can experience (we call this ‘travel fatigue). Secondly, when we travel across time zones, we jump forward or backwards in ‘time of day’. Our ~24-hour biological rhythms (circadian rhythms), to which almost all human function is in some way affected, which takes a few days to adjust to this change in ‘time of day’. Until that adjusts, we experience sleep disturbances and other undesirable symptoms, which we call ‘jet lag.

Given that the effects on sleep of a travel period this severe had not been explored for professional athletes (and in Rugby Union, the impact of travel on sleep at all), in 2017, we decided to precisely examine this. Supervised by Dr Ian Dunican, Prof. Peter Eastwood, and Dr Jennifer Walsh, my honours project at the University of Western Australia was to look at the effects of long haul transmeridian travel on the sleep behaviours of professional Rugby Union players. To do this, we gave the entire Western Force playing squad (37 players) a Readiband wrist-worn activity device, which is an accurate and validated yet practical field-based method for measuring sleep outcomes. While the players wore the Readibands for the whole season, we were mainly interested in the 29-day period I outlined earlier. I’ve given an image of the locations of the matches, along with the timeframe they occurred in, and the travel required within this block below.

There were many elements to this research, which are disseminated in our recently published article in the Journal of Sport Sciences and can be found here. Here, however, I will highlight a few of the key areas of interest and findings that this novel study showcased:

This was an expected finding and corroborated previous literature on sleep and Rugby Union (i.e. those first-authored by Shearer, Eagles, & Dunican). There are many likely reasons why this was the case, including heightened physiological arousal (i.e. being excited) due to the rugby match they just had, caffeine intake prior to and during matches (see Dunican et al., 2018), as well as this being only one of few socialising opportunities the players get. From a practical perspective, it is very clear between our research and that from the papers mentioned above that this is a consistent issue following Rugby matches, and thus it is quite important that if players don’t get to sleep until late following matches, coaches facilitate the opportunity to sleep in by not scheduling activities the following morning to maximise total sleep (and hence recovery).

There were two instances in this period where players had to wake up early following a match to fly to their next destination. The first was following their match in Durban (South Africa), where they left at 07:40AM the next morning to depart for Argentina. On this night, players woke up much earlier than normal (05:03AM on average) and slept just over 3 hours on average that night. The players were able somewhat to recover this with a larger than average sleep the next night (average was 9 hours and 23 minutes); however, such a short night’s sleep is certainly not ideal immediately following a brutal rugby match.

The second early morning flight was following their match in Argentina, where they left at 05:50AM and, on average, obtained just over one hour of sleep on that night! Even worse, the next night of sleep occurred during flight, so the players were not able to obtain any more sleep on this night than they otherwise would. Combined with a shorter than average (and likely jetlag affected) sleep the next night, this certainly was worlds from ideal in the build-up to the match that coming week. It is interesting to note that this match ended up being their heaviest defeat of the season (6 – 55), though it’s impossible to attribute this to the sleep loss alone simply.

This was a very encouraging finding from our research and suggested a faster than anticipated adaptation to new time zones. In addition, in the three nights prior to matches, the mean sleep duration was above 7 hours regardless of the prior travel. We did note. However, sleep onset (the times’ players fell asleep) and wake times were earlier in the few days before matches, suggesting that adaptation had not completely taken place. We encourage teams to commence travel no later than six days prior to matches (as the team did in all cases here) to maximise the likelihood of adaptation by the three nights prior to the match.

While the travel circumstances we explored in the Western Force’s season are certainly on the extreme end for sport in general, our results provide value and insight for teams and individual athletes within sporting competitions/events that require travel over many time zones to attend. I believe our three main takeaway points are highly relevant not only for Super Rugby but for all sporting individuals. These takeaways are as follows:

Reach out to S4P for more information

At Sleep4Performance we provide specialised one on one advice or team advice for the design and planning of travel to minimise travel fatigue and jet lag. We are currently the advisers to the McLaren F1 team for the https://www.mclaren.com/racing/team/how-salus-optima-personalising-human-performance-mclaren/

“In the case of fatigue, the recommendations are based on the work of leading sleep and travel fatigue expert Dr Ian Dunican who previously worked with our driver Daniel Ricciardo. We’ve essentially digitised his advice, so it can be deployed on the app in real time” –Tom Stallard F1 race engineer and Head of Health, Performance and Sustainability

PrevPreviousTo Nap or not to Nap, that is the Siesta!
NextProlonged mask use in safety-critical roles, and its potential impact on fatigueNext